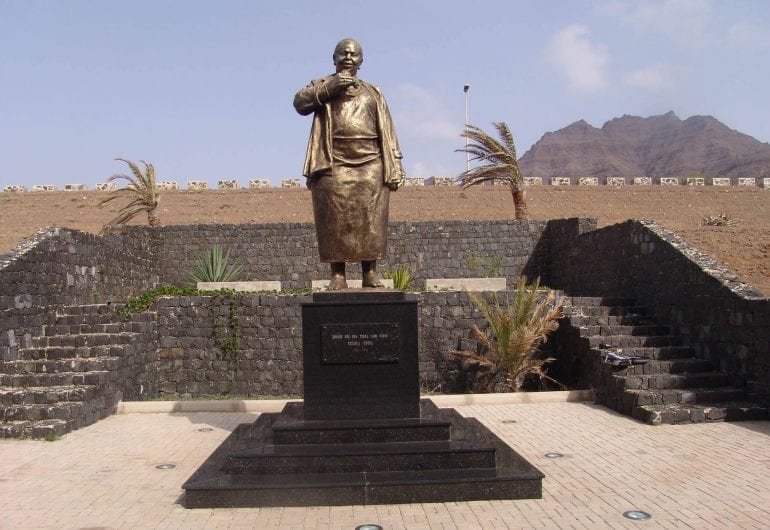 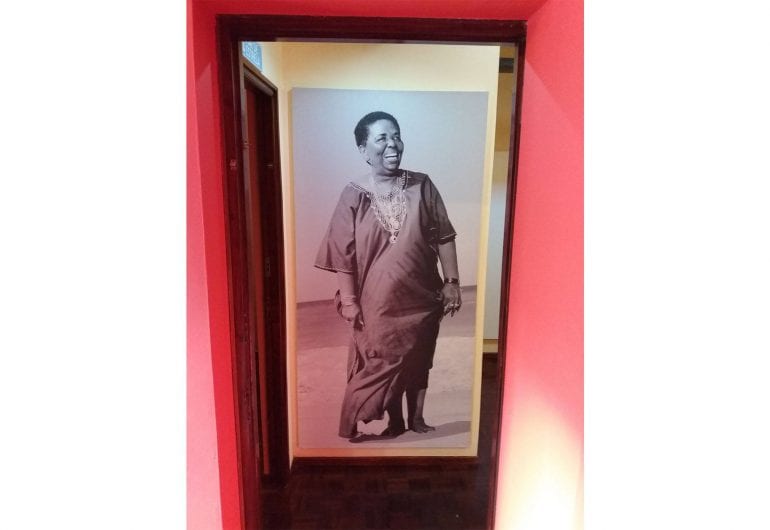 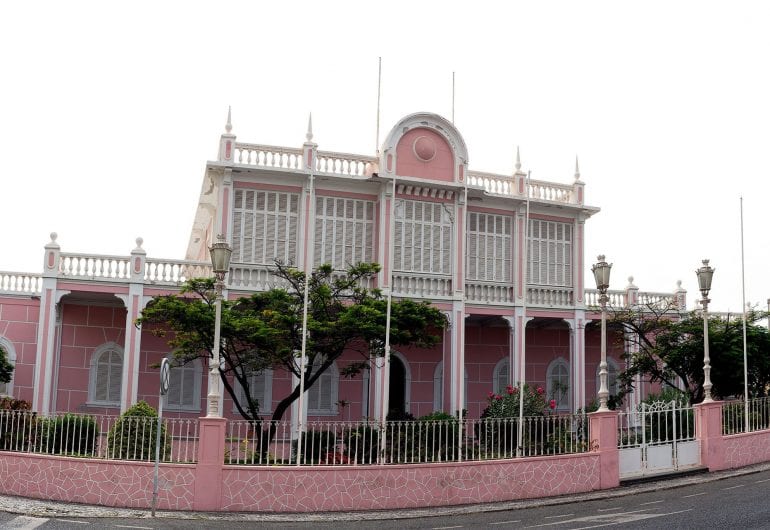 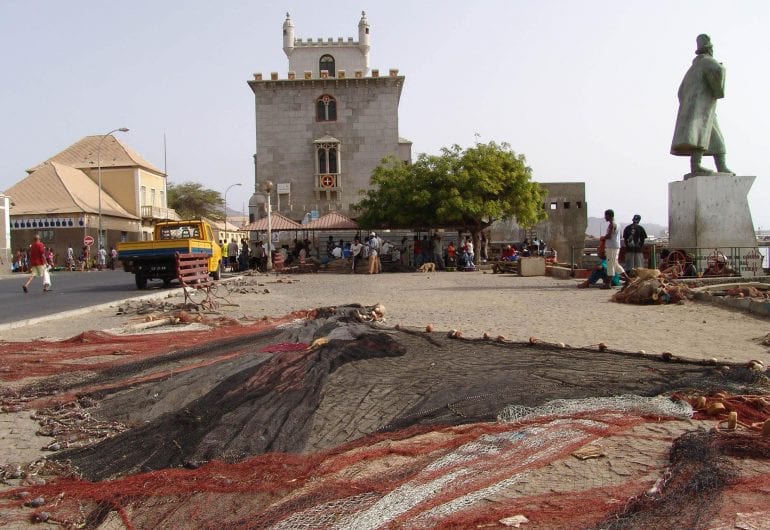 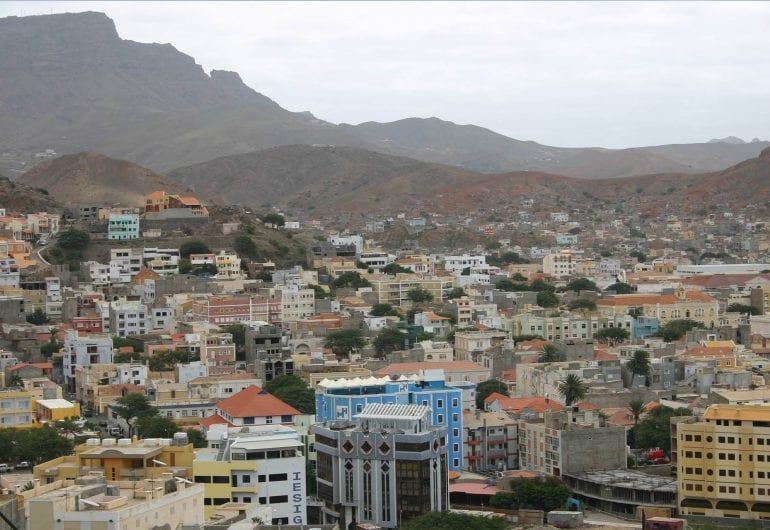 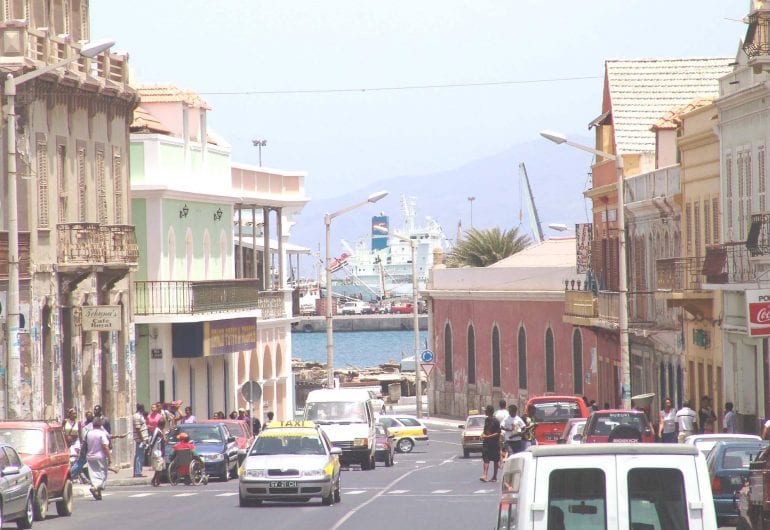 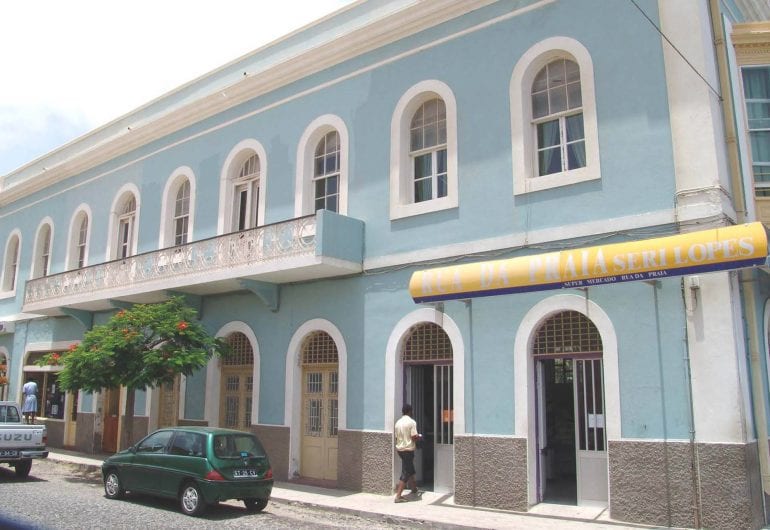 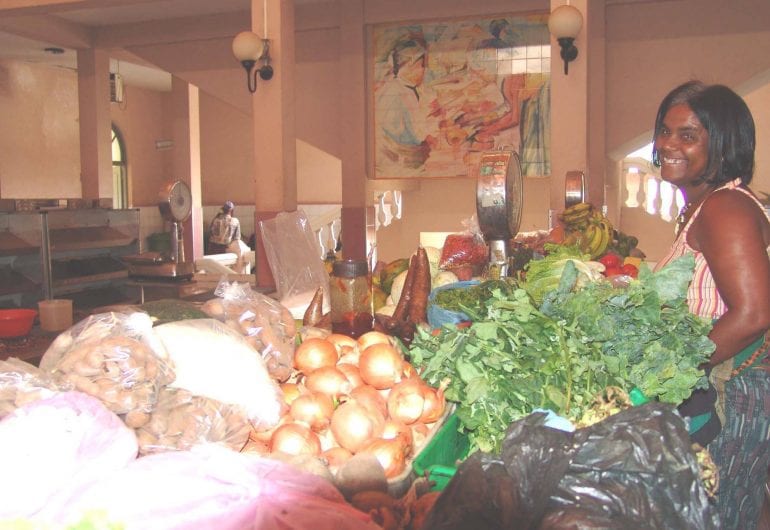 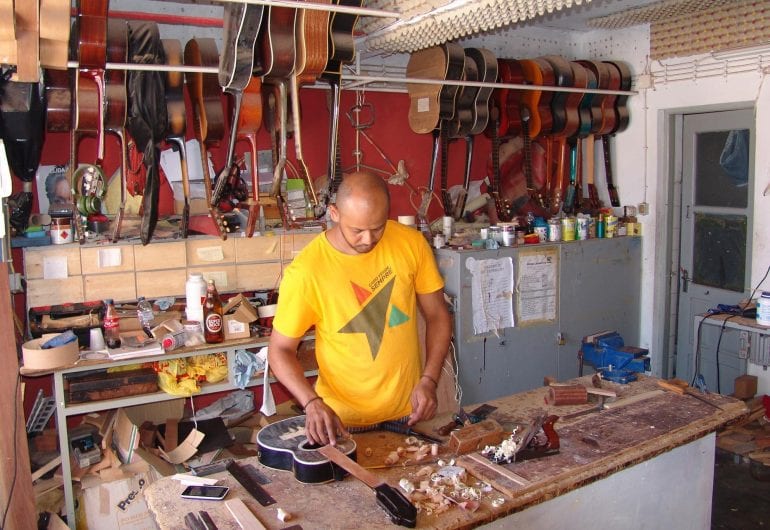 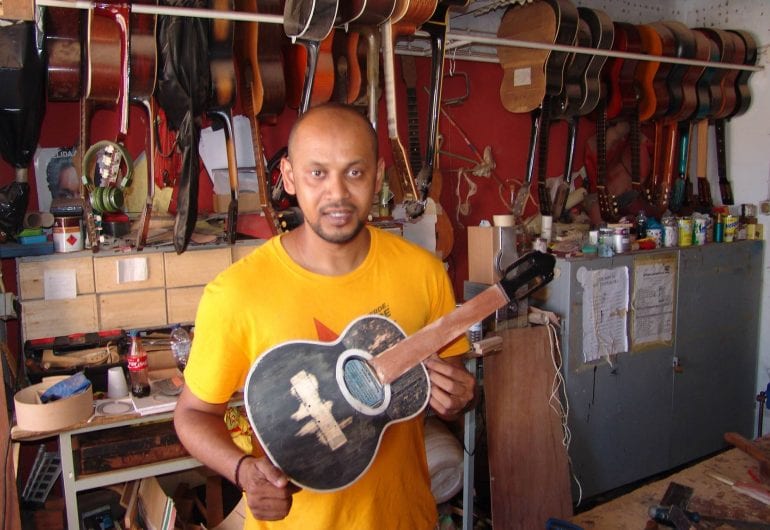 São Vicente is the island of Cesaria Evora, that great artist and interpreter of Cape Verde music.
The town of Mindelo is famous for its beauty, well preserved colonial architecture, hospitality of its inhabitants, the nostalgic atmosphere of Porto Grande and many other attractive aspects that make the majority of visitors to Cape Verde insist on seeing or even staying a while in Sao Vicente.

The Baia das Gatas Festival, held in August, is considered the most important music festival held along the western Africa coast

Some consider the São Vicente Carnival is like a mini Rio de Janeiro Carnival.

Although celebrated on all the islands, Carnival time is much more lively on São Vicente. It reaches out to all social classes and appeals to the creativity and imagination of the plastic artists, musicians, composers, fashion designers and tailors…

It combines the beauty of the queens chosen for their beauty and the rhythm of the dark-skinned belles that make up the processions. The tremendous efforts made by the various participating groups have made this festival more and more popular, colourful and animated each year. Groups like Space Marvels, Adventurers from the North, The Jesters and others created more recently, have not been able to blot out the liveliness and colour of other older groups from the collective memory of the people of Mindelo.
Nightlife, especially from Thursday to Sunday, consists of live music and makes Mindelo a place of great entertainment.

In 1795, the then Governor of Cape Verde, José da Silva Maldonado D´Eça, was instructed by his Majesty to communicate to the referred Merchant, to get ready to come and settle the island of São Vicente.

Simultaneously, he would bring together 20 couples from the other islands and their slaves in order to join the group for the start of the historic expedition. João Carlos da Fonseca Rosado would be given the rank of Captain-Mor and the “concession of all privileges, exemption from duties, taxes”, extended to 20 couples for the space of 10 years. The same Governor would distribute 58 campaign tents, to install themselves, weapons and ammunition to defend against attacks by pirates who frequently invaded and looted the Islands. The settlers settled in a place by the sea, in front of Porto Grande Bay, which they named Aldeia de Nossa Senhora da Luz. 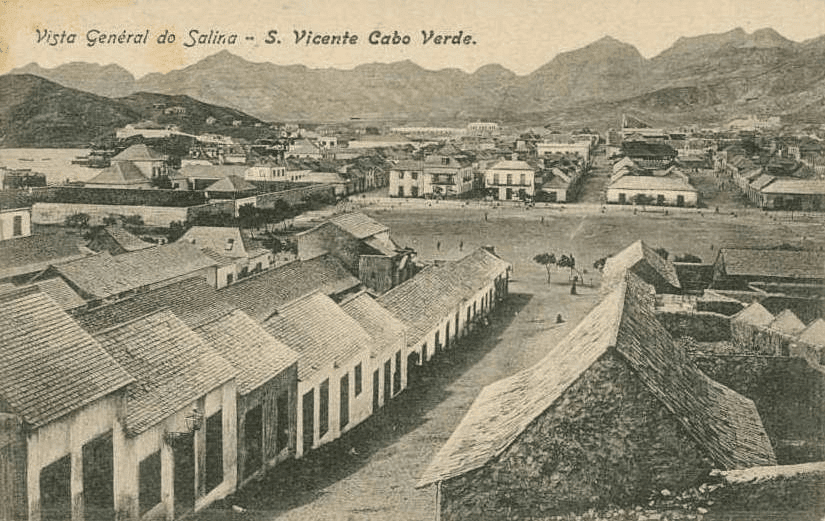 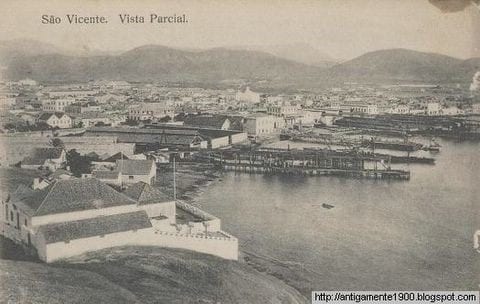 Captain-Mór João Carlos da Fonseca Rosado, launched himself on the island’s exploration with such a sum of expenses exceeding his possibilities, that he was destitute years later. He only managed to change the name of the village to D. Rodrigo, who later came to be called Vila Leopoldina, in honor of the daughter-in-law of JOÃO VI, the Princess who was D. Pedro’s wife, and later Emperor of Brazil.

Meanwhile, other settlers succeeded João Carlos, and in this way, conditions of habitability were created in the urban area, beginning its social, economic, cultural and urban development. 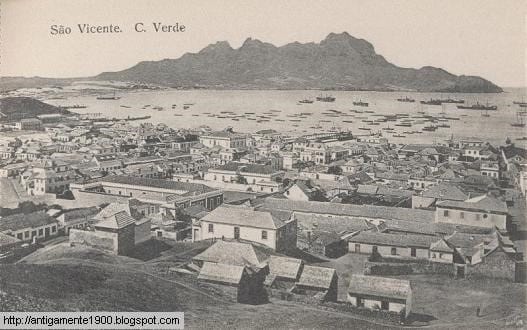 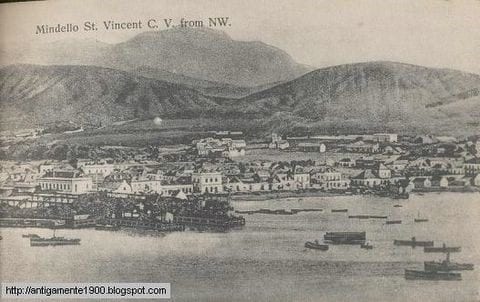 In 1838, by Royal Decree, it was determined that the new settlement that rises in S.Vicente should be named Mindelo, due to the increase in population and circumstances it deserves. That was when the English began to install their deposits of stone coal and due to the movement that Porto started to have, it attracted many people from the neighboring islands of the country, especially those of S. Nicolau, Santo Antão and Boa Vista.

Thus, a new era began for the Povoação de Nossa Senhora da Luz. A new population was formed and through permanent contact with foreigners, the population acquired European habits and a very high social level in relation to the inhabitants of the other islands. Due to the importance and privileged geographical situation of the Island of São Vicente, from 1838, boats of various nationalities were mooring in Porto Grande, coming for supplies of stone charcoal, to load heather, skins and ballast. 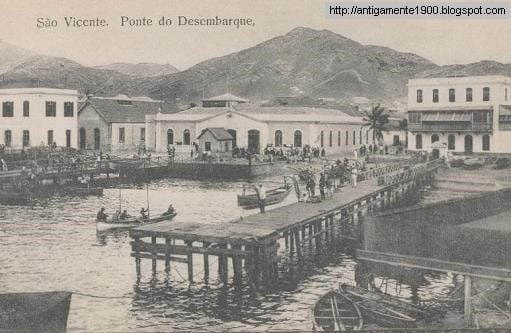 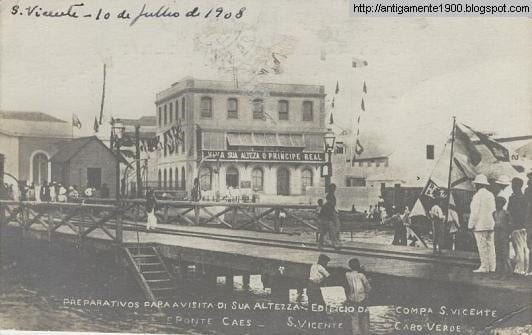 From 1850, many different constructions were made (Fortim d´El Rei, Cais Sul, military barracks, etc.) and in June 1874, to crown the progress of the Island, the Telegraph Submarine cable came to unite Cape Verde with the Island of Madeira, Portugal and the whole known world. Again, due to its population increase and social, economic and urban development, on April 14, 1879, by Royal Decree it was elevated to the category of CITY OF MINDELO – S. VICENTE DE CABO VERDE.

In 1830 the Prime Minister of Portugal, Marquês Sá da Bandeira, decreed that the village of Porto Grande Bay, on the island of São Vicente, be named Mindelo, evoking the name of the Portuguese beach with the same name,
Officially founded in 1830, following the presentation of the “urban building plan”, the city of Mindelo, on the island of São Vicente, is the second largest city in Cape Verde. The city is the birthplace of writers, authors, composers and interpreters of Cape Verdean music, now known and appreciated throughout the world. Cesária Évora, the “barefoot diva”, was born in Mindelo.

Mindelo’s deep water port, Porto Grande, serves as a transatlantic stop for ships of all nationalities, being one of the most important infrastructures in the country.
Mindelo has invested decisively, and for a long time, in the area of education, and today has countless educational establishments, from pre-school, to integrated basic and secondary education; in fact, it is the island that has the highest proportion of people with higher education, to which the State Higher Institute of Engineering and Sciences (ISECMAR), the Higher Institute of Economic and Business Sciences, contribute, among others. (ISCEE) and the Isidoro da Graça Institute of Higher Studies (IESIG).
Mindelo is the result of two great influences, the Portuguese colonial and the British, denounced around every corner in its streets and in the architecture of its beautiful buildings.

Currently, commerce, services provided to maritime navigation, ship repair and fuel supply continue to form the basis for the economic development of São Vicente. Porto Grande, currently being refurbished, brings back to the archipelago its importance in maritime routes across the Atlantic, facilitating the transport of cargo across the Ocean, allowing a dynamic articulation with the outside, thus favoring the development of light industry on the island. 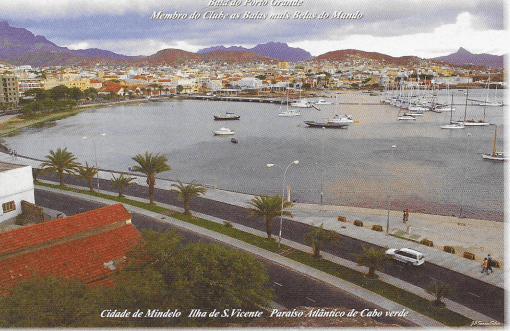 English Influence in São Vicente
The strong presence of the English on the island, in the most diverse sectors of economic activity, in the area of shipping, telegraphy and commerce in general, were decisive in shaping the habits and customs of the Sanvicentino people, shaping them. At the same time, this has influenced and developped in them the need and appetite for everything that represents the Other, as a model of progress and development, with emphasis on the British.
Teixeira de Sousa, whose background of history is in the 30s and 40s of the last century, has created, in his novel Capitão de Mar e Terra (1984), a character, Walter – who, for so many pages and despite the origin of his name, is ironic about this mania to copy everything from the English, saying the following:
“The British put their standard of living here, which everyone adopted to socialize. From gin to yellow tobacco, to cricket, to tuxedo, to golf, to footing, there is a whole set of habits and preferences that Mindelense overestimates for coming from the United Kingdom. You can even shit English, in cans with sand at the bottom and sand at the side.”
The morna “Hitler câ tâ ganhâ guerra”, in Creole and English, was composed in 1940 by B. Léza when armies terrified the peoples of Europe with uninterrupted victories and the “weak spirits” took the Axis victory for granted.This morna, according to its author, became extraordinarily popular, having been sung by everyone in Cape Verde as a prophetic faith. For over two years, this morna was sung and danced, not only in Cape Verde, but in any corner of the world where a Cape Verdean lived.

English Translation
Hitler will never win the war! Never!
The victory is for our Allied!
The Black Eagle is defeated.
On the battle field.
We trust the British,
We have faith their value
Der-Fuhrer is vanquished
With all his horror
Churchill is a steel bar
Which will never be reduced
On the sea, on land and in the air
He has to win