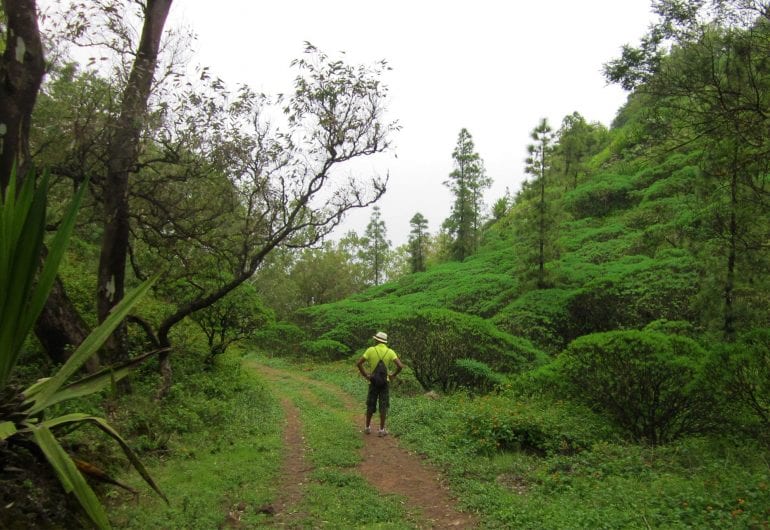 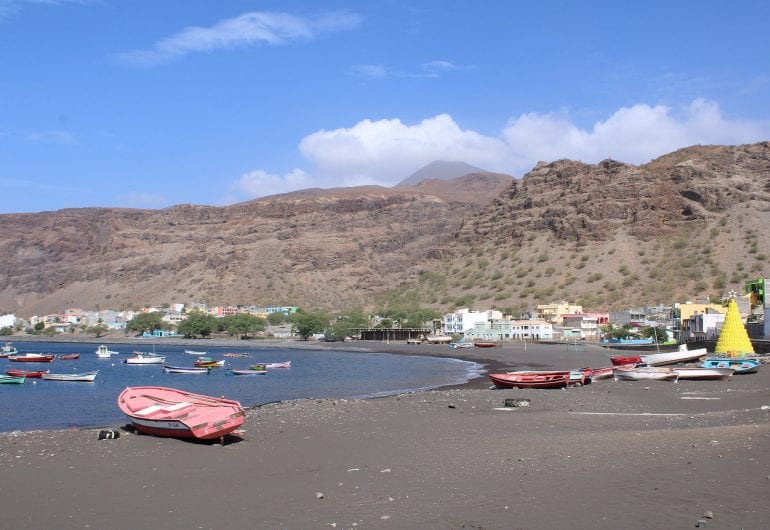 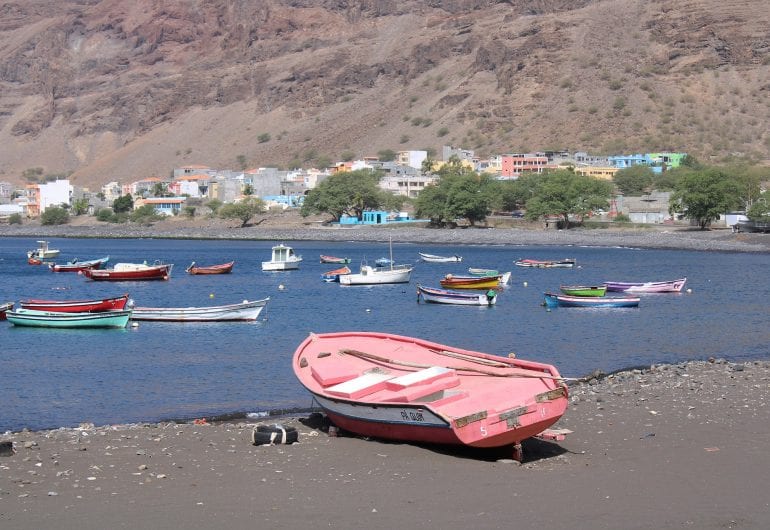 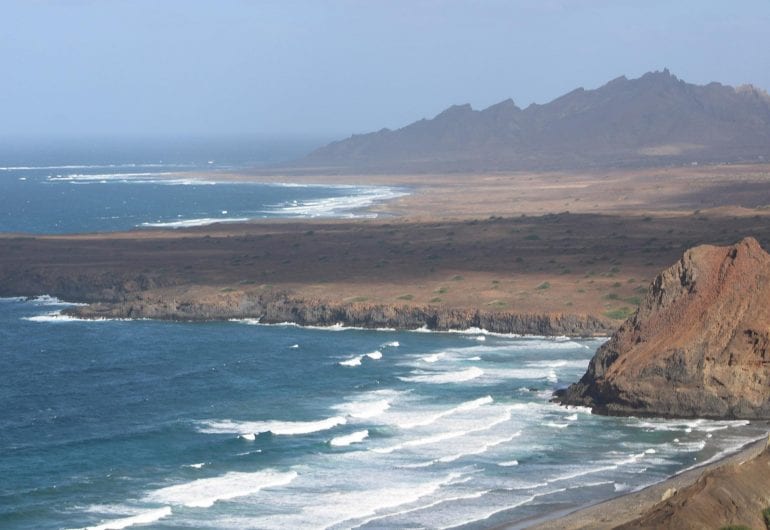 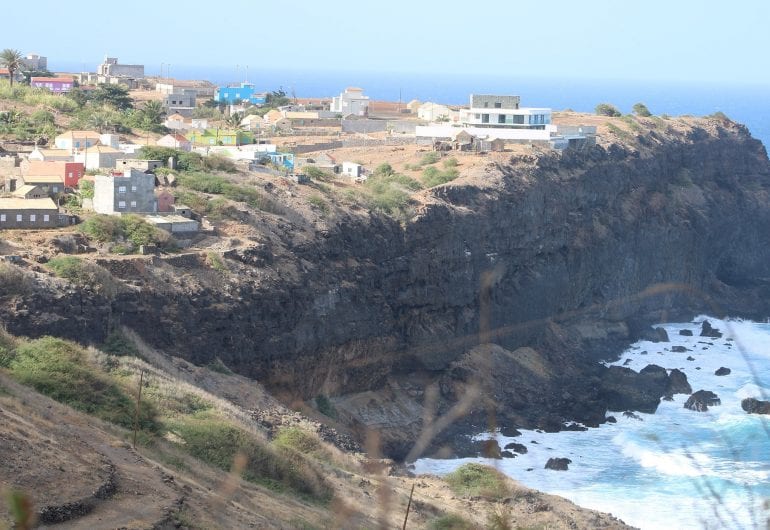 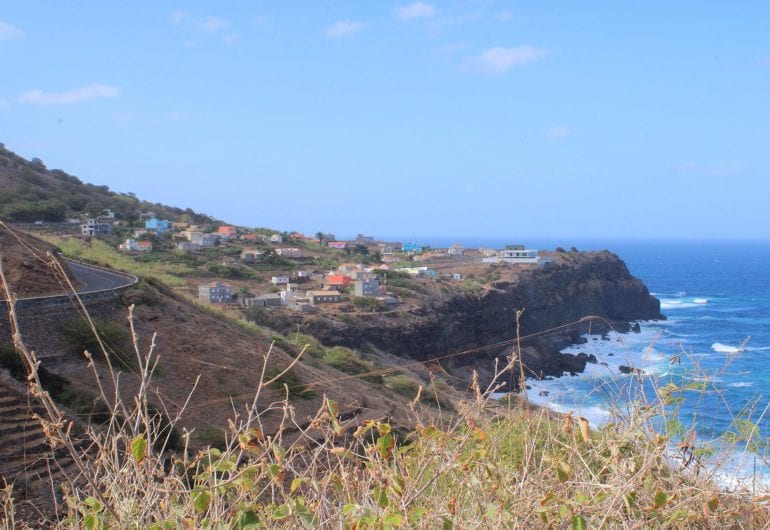 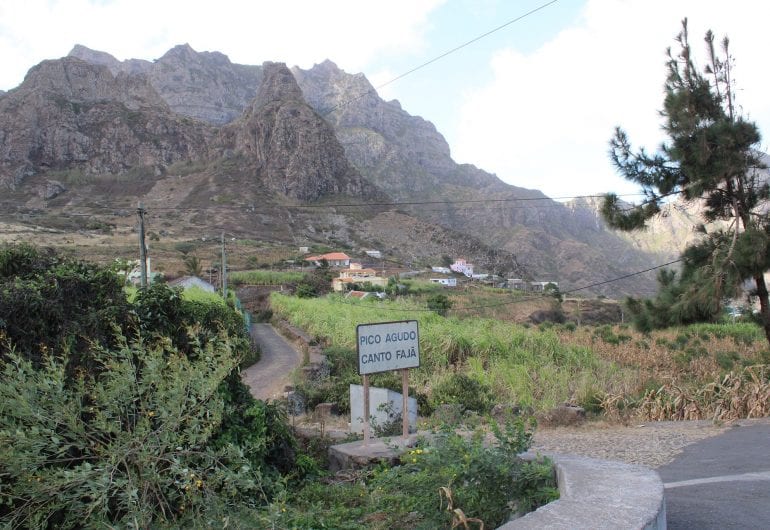 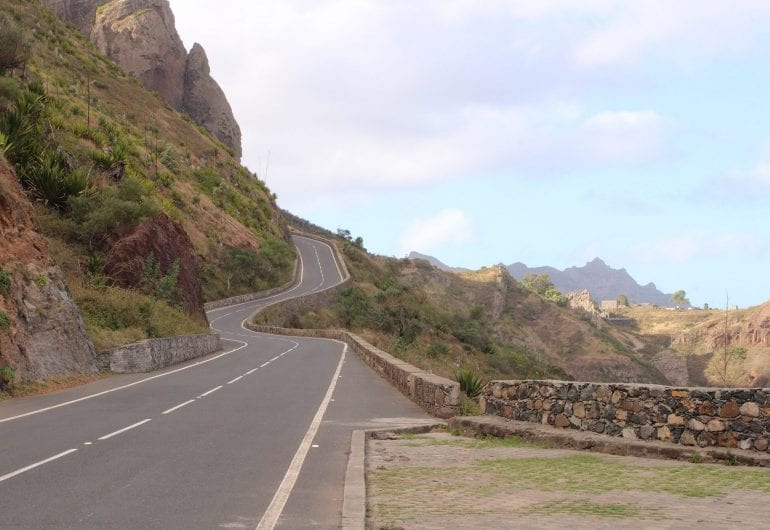 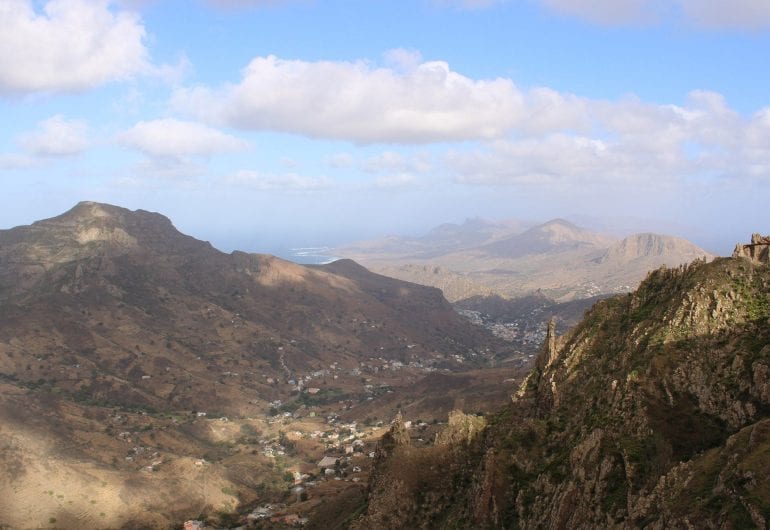 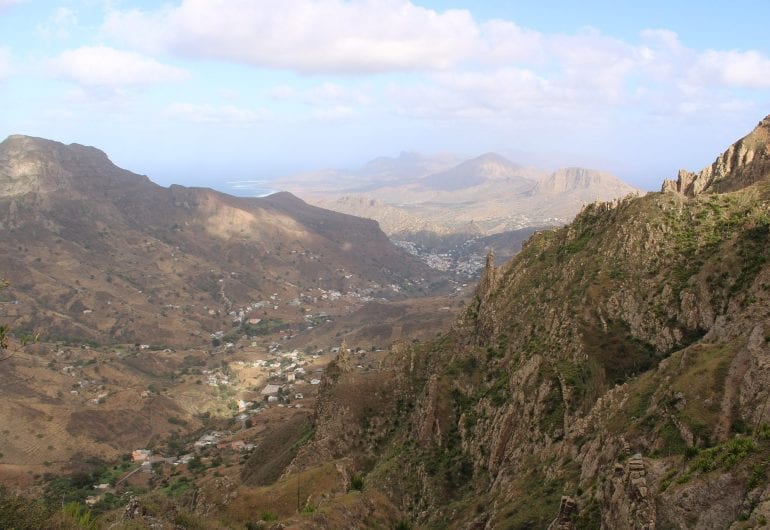 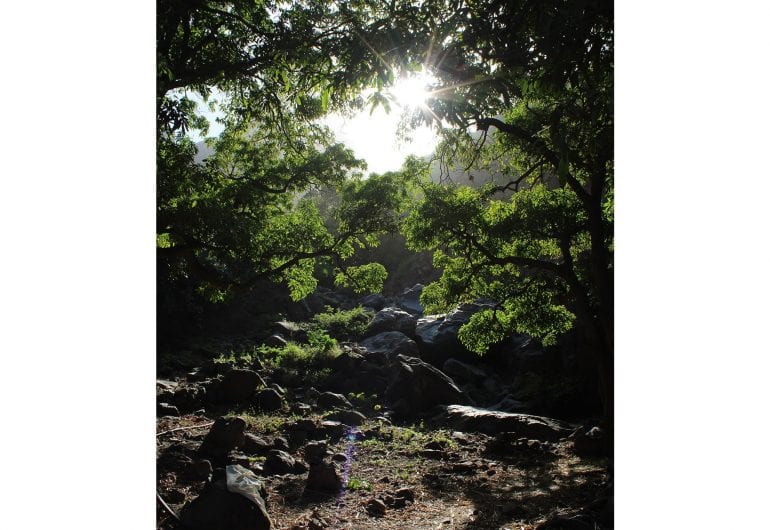 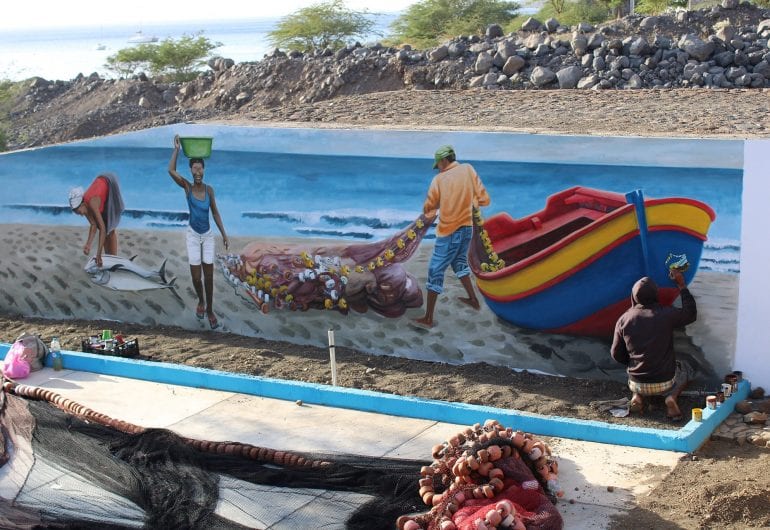 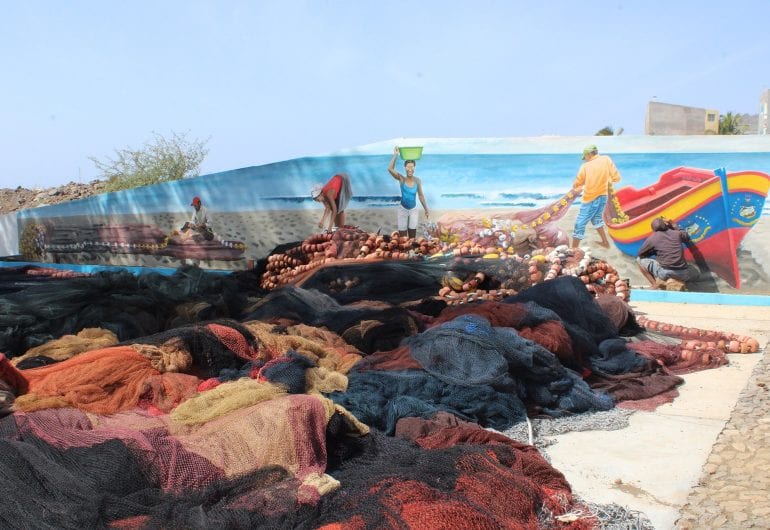 Island of Mysteries, Culture and “Sodade”.

It was discovered in the year 1461, probably by Diogo Afonso, on December 6, St. Nicholas Day. But its settlement took place in mid 17th century, with the emergence of a small settlement in Porto da Lapa.

Due to the constant attacks of pirates and the scarcity of drinking water, the inhabitants moved to Ribeira Brava Valley in the middle of this century. However, there was the problem of contact with the outside and the inflow and outflow of products. Preguiça, just eight kilometers from Vila da Ribeira Brava, was erected as a port, to the detriment of Porto da Lapa, and a well was opened there, the connecting road and Príncipe Real Fort were built to protect themselves from constant pirate attacks.

In 1731, São Nicolau City Council was given, based in Vila da Ribeira Brava, which provided considerable socioeconomic and cultural growth.

The island of São Nicolau was, in 2005, divided politically and administratively into two municipalities, thus creating the municipality of Tarrafal, with an area of approximately 12.5km2, comprising seven locations – Ribeira dos Calhaus, Hortint, Palhal, Tarrafal, Cabaçalinho, White Beach, Frigate and Ribeira Prata and getting Ribeira Brava with everything else that previously belonged to the São Nicolau Council.

However, the two municipalities complement each other, whereas Tarrafal, with its anchorage and excellent fishing conditions, is more geared towards activities linked to the sea, while Ribeira Brava, the centenary seat of the municipal power on the island, and where the airport and the main valleys of the island are located, is traditionally more linked to services and agricultural activity.

São Nicolau currently has 13,500, inhabitants, most of whom reside in the fishing village of Tarrafal.

Carbeirinho
Carbeirinho, located in the municipality of Tarrafal, is an example of the landscape diversity that characterizes the Cape Verde Islands.

Ribeira Prata Valley
Considered one of the most beautiful valleys of São Nicolau and perhaps of Cape Verde. The valley has beautiful green spaces with running waters in the streams, beautiful mountains and cliffs with unique characteristics. The “Rotcha scribida”, located in Ribeira da Prata, has been drawing the attention of tourists and Cape Verdeans for many.

Barril Beach
It is characterized by being one of the largest black sand beaches of the island, besides being a place of scientific interest, as it has medicinal properties in the cure of rheumatic diseases. It is a place for spawning sea turtles and a great place for sport fishing, in particular Blue Marlin

Monte Cintinha
Located in the center of the island, Monte Cintinha is a natural monument of rare beauty. It houses several endemic plants “Boche d´Rotcha” beach. The Dunes of Praia Under the Rock are made up of white sands that contrast with the black color of the underwater lava formations of the Main Eruptive Complex.

Morro d´Praia Branca
Morro da Praia Branca is an extinct volcano that stands out on the plain of Praia Branca, between land and sea, of fertile volcanic soils

Ribeira Brava Valley
It owes its name to the brash appearance of its river in rainy seasons. Majestic valley of a rare beauty that has its highest point on Mount Cintinha and the lowest point on the beach named “Prainha”.

Tarrafal Bay
Tarrafal Bay is located in the center of the city, with a beautiful beach of fine black sand of penetrating blue. Its waterfront invites its residents every day, Natural Parque of Monte Gordo.
Located in the western part of the island, Monte Gordo mountain, with its 1312 meters above sea level, formed from volcanic origin, has physical and geological forms.

St. George’s Bay
It is the largest bay in Cape Verde, located southeast of the island, with a great diversity of fish resources.

Alto das Cabaças
It is a mountain range, with a wet type ecosystem, located in the eastern part of the island, the highest elevation in that region, with an altitude of 656 meters..

Gruta dos Encantados (Cave of Enchantments)
With its 17 meters at its arch-shaped entrance, 3.5 meters high and 35 meters long, the Enchanted Cave is located in the eastern part of the island of São Nicolau. The presence of a spring within it embodies a permanent natural water reserve. Its interior consists mainly of limestone material.
Its name derives from a legend that it was said to hear roosters crowing inside the cave, which they called “mnine encantód” – children with paranormal abilities who were in the cave.

Ângra de Carriçal
It consists of a small bay of calm sea, with a beach of black sand, beyond lush vegetation Carriçal beach is an important beach for spawning sea turtles.

Juncalinho Lagoon
The Juncalinho lagoons are beautiful natural pools in summer and winter. Sometimes the rough sea invades them. At that time they are wildly beautiful. The transparency and clarity of the water lets us see the colours of stones ranging from turquoise to jade and amber, the water smells and tastes like fresh fish.

The island of São Nicolau is located on the western side of Cape Verde, has a population of about 14,000 people and an area of 346 km2.

According to history, it would have been discovered in December 1461 by Diogo Afonso and comrades, but it only came to be populated in the 1510s, with people from the island of Madeira and other people who at the time were called “slaves”.

The island of São Nicolau became famous in the annals of history because it was precisely in its waters that Pedro Alvares Cabral’s armada sailed on a voyage to the famous and epic discovery of Brazil.
Although at the time of this trip and the discovery of Brazil, the island still had no settlement, but even so, it should not be forgotten that it was from Brazil that the beautiful corn that grew very well on the islands came and that revolutionized agriculture in Cape Verde and consequently originating the catchupa, the most known and tasty dish in Cape Verde that is made with corn.

At a certain point in its history, the island of São Nicolau was considered the main cultural center of all the islands of Cape Verde and the most important of all Portuguese colonies at that time. It was the first island of Cape Verde to have higher education “Liceu”. In 1851 São Nicolau was considered the main region of Barlavento

Finally, we also learned from history, but today the island of São Nicolau, the island of the great writer Baltazar Lopes da Silva, creator of the character Chiquinho, can calm down a little, expecting winds of change so that in the near future, if not to see the passage of an armada to discover other lands, but for the island to have a sustainable development for all its children.