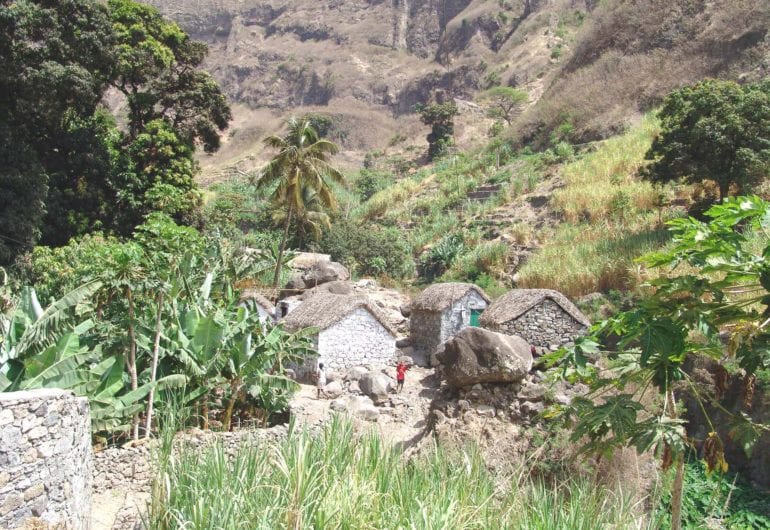 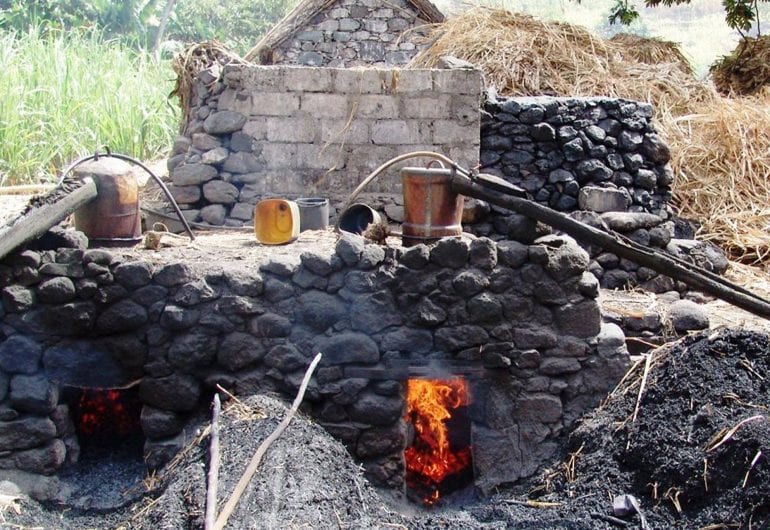 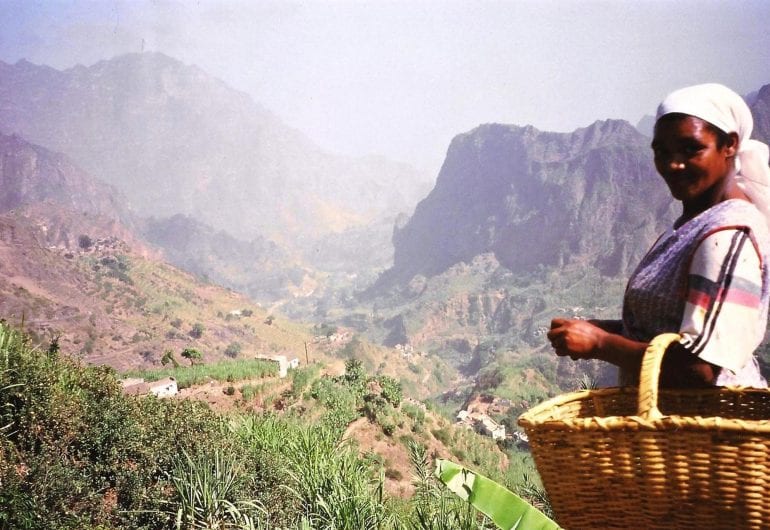 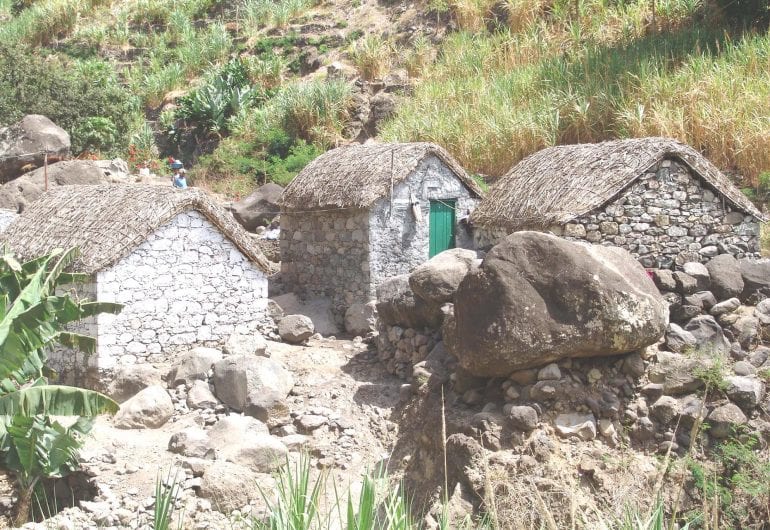 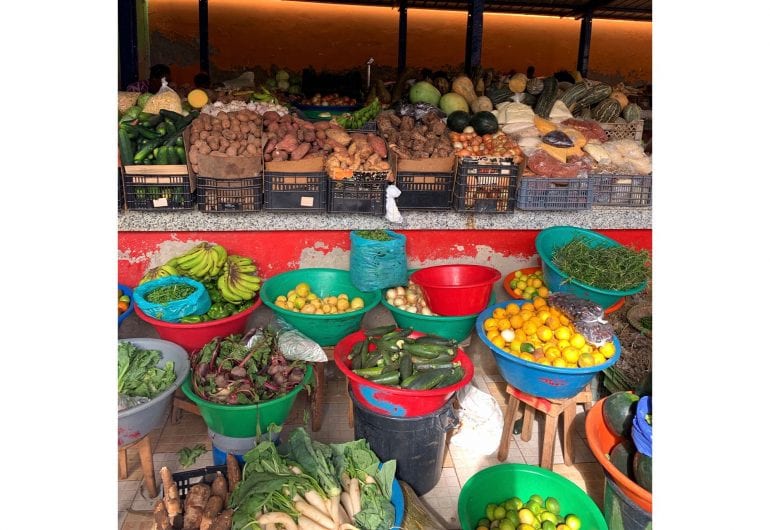 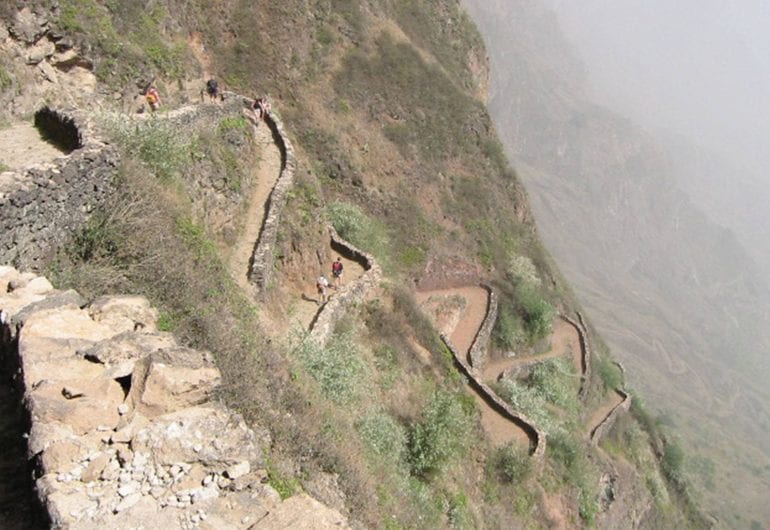 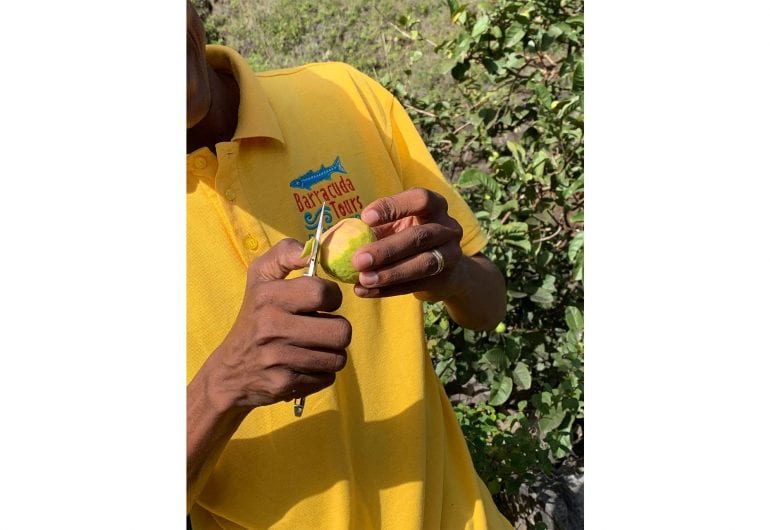 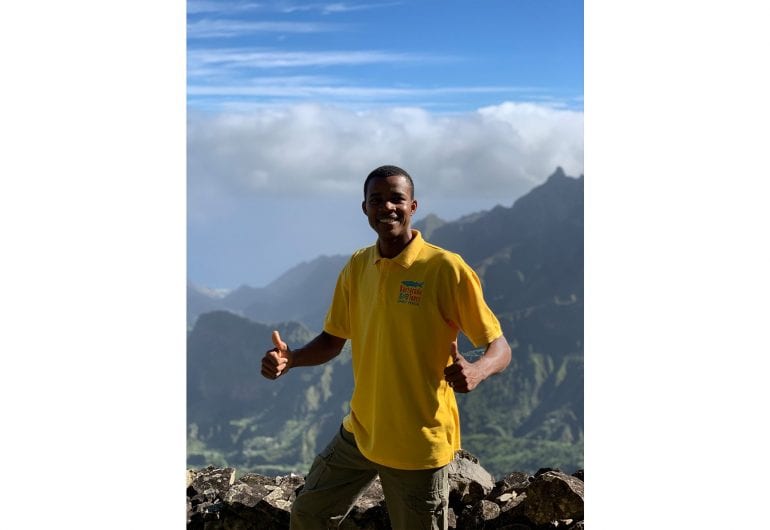 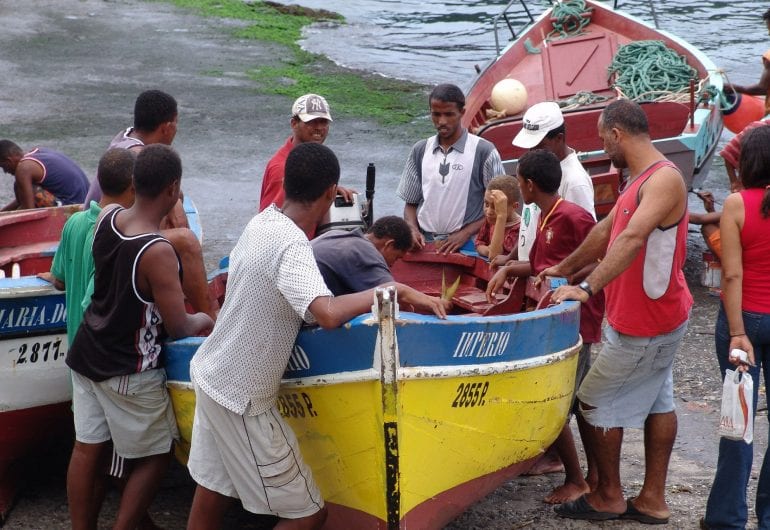 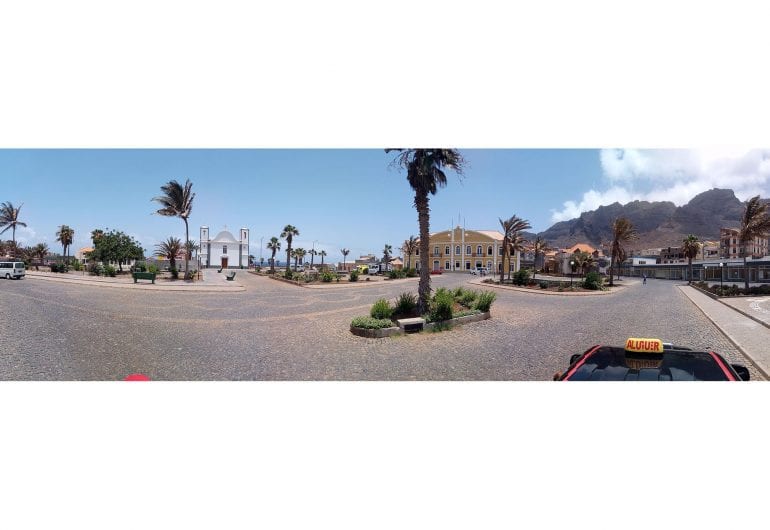 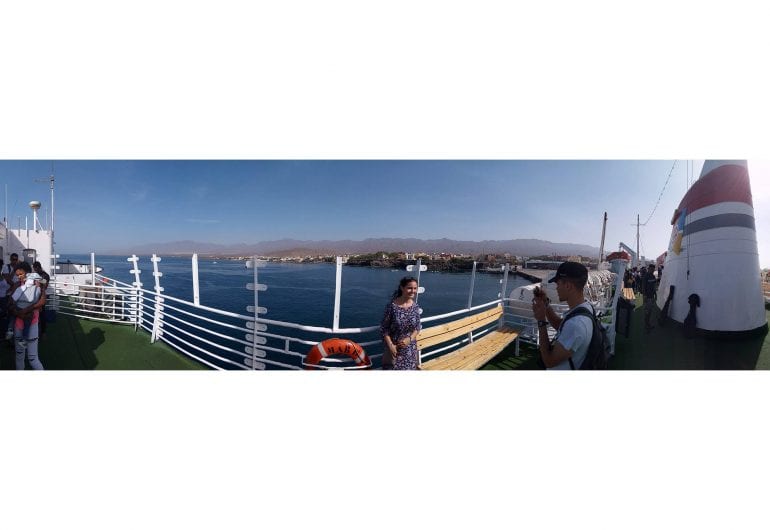 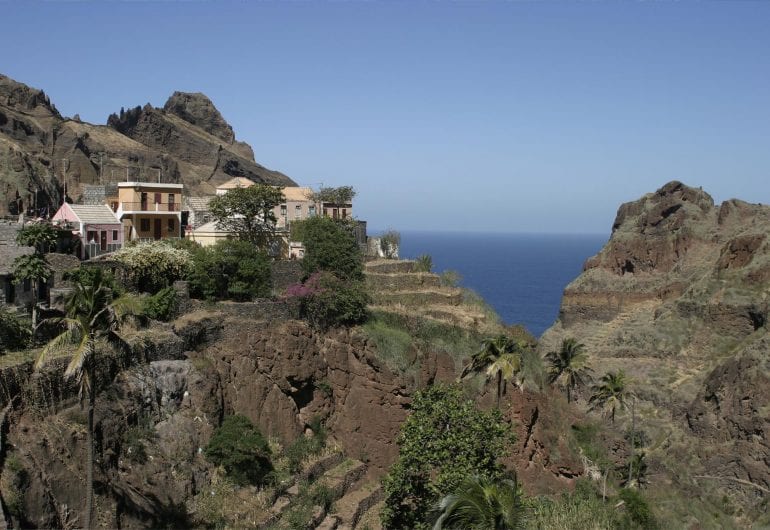 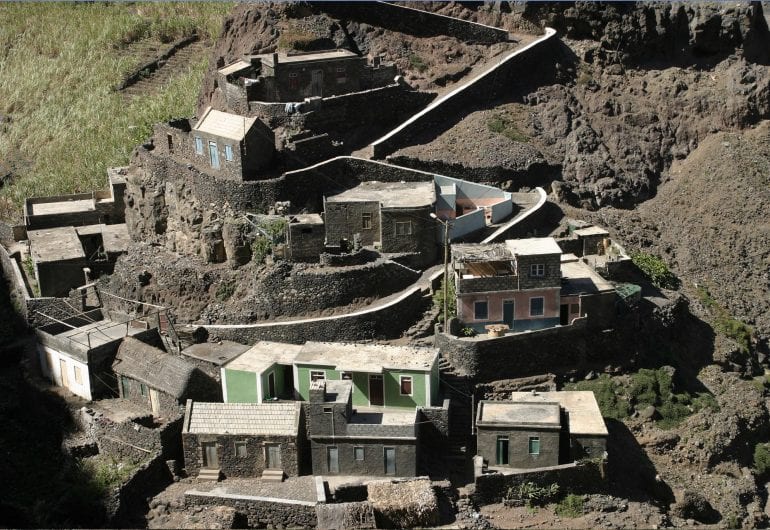 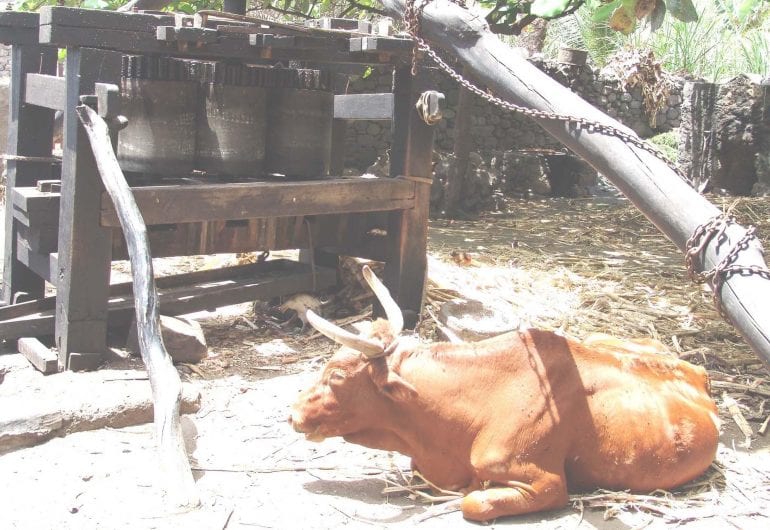 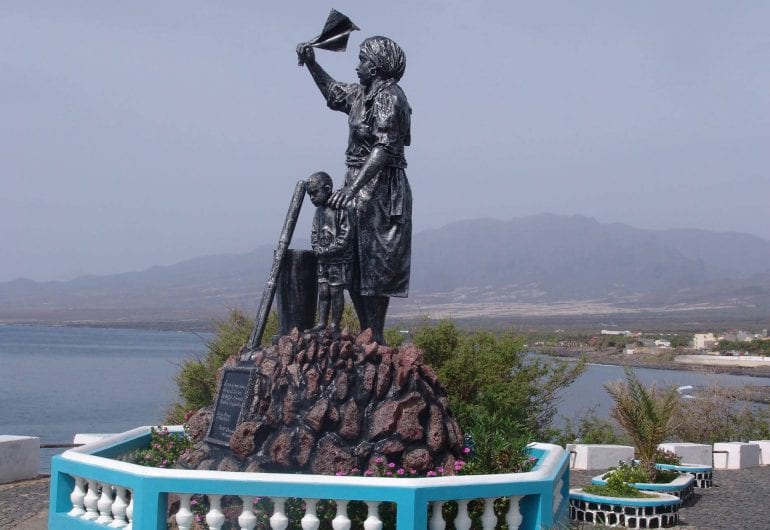 Santo Antão is the most northerly and westerly island of the archipelago. Covering an area of 779 km2, it is the second largest Cape Verde island and also the one with the highest rainfall. The mountain range running from northeast to southeast culminates in Topo de Coroa (Top of the Crown) with an altitude of 1979 metres.

The landscape on the western side of the island is one of desert, contrasting sharply with the fresh and green eastern side and which makes Santo Antão an eminently agricultural island. Here nature lovers can discover fascinating landscapes of towering mountains and cliffs that fall headlong into the sea.

Rich in sugar cane, this is the island that produces the largest quantity of Grogue -local Rum- typical drink in the whole archipelago, still manufactured in the “old-fashioned way”.

The inhabitants of Santo Antão dedicate themselves to agriculture, basically because the rainfall on the island is far more abundant than in the rest of the archipelago.

Santo Antão is considered by many as the most beautiful of Cape Verde islands, and is certainly the most sought after by visitors who love trekking.

The name Santo Antão was given by the Portuguese navigator Diogo Afonso who discovered the island on January 17, 1462, in line with the saint of the day of discovery, as it happened with other islands of the group (São Vicente, São Nicolau and Santa Luzia), and according to the habit already used in the Azores.

The Treaty of Tordesillas, signed on June 7, 1494, between Portugal and the Kingdom of Castile, and which determined the division of the areas of influence of the Iberian countries, established that the lands “discovered and undiscovered” located before the imaginary line that demarcated 370 leagues (1770 km) west of the island of Santo Antão, and to the other Iberian kingdom the lands beyond that line

Colonization began only in 1548. In the 17th century, populations from the islands of Santiago and Fogo with settlers from northern Portugal founded Povoação, the current village of Ribeira Grande in the north of the island.

It currently has a population of less than 48000 people, has an area of 779 km2, and is on the northwest windward side. It is of volcanic origin, and is the second largest of the Cape Verde islands, and the third in population, it has a longitudinal extension of approximately 40km and 20 km wide.

Of the islands of Cape Verde, Santo Anão is the most occidental and the furthest from the African continent; the highest point measures about 1979m and is called Topo da Coroa.

Despite its relief, Santo Antão has a suitable soil for many cultures, such as: sugar cane, yams, cassava, bananas, mango and corn etc. Aguardente or Grogue is one of the main productions of the island. Fishing also plays an important role in the economy of this island, as well as the tourism that is increasingly evident.

This beautiful island, became famous in the annals of history, because it was chosen in the famous Treaty of Tordesillas between the Portuguese and Spanish, to serve as the starting point of a demarcation line that owed the lands conquered or taken by force of arms during the period of the discoveries. This Treaty was signed by Pope Alexander VI in 1493.

As well as all the islands of Cape Verde before the independence of the colonial rule, this island also had periods of many sufferings, famines, diseases, great droughts, human injustice, attacks by pirates etc. But even so, the people endured and waited until they reached their emancipation; and now with more hope for the future.

Perhaps since the formation or creation of the Cape Verde Islands, although it is irregular, but every year it rains, it did not stop falling, in any case, a lot of water was and is being poured into the sea through the streams and in another way

Historically, the island of Santo Antão has always had road or road problems because of the large rocks or rocks that make up its formation. Many people say that not so long ago, there were areas of such difficult access that to move from side to side, people were either using balas or something like that suspended or hung with ropes from top to bottom or vice versa that they were pulled by people in order to move to the other side.