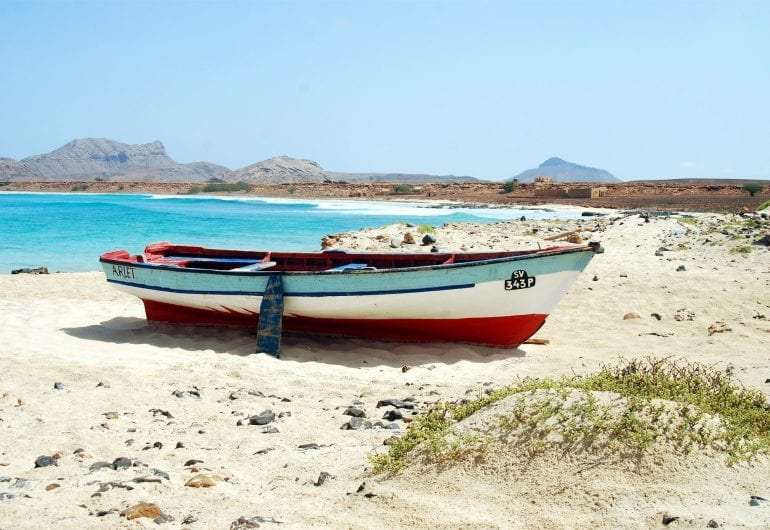 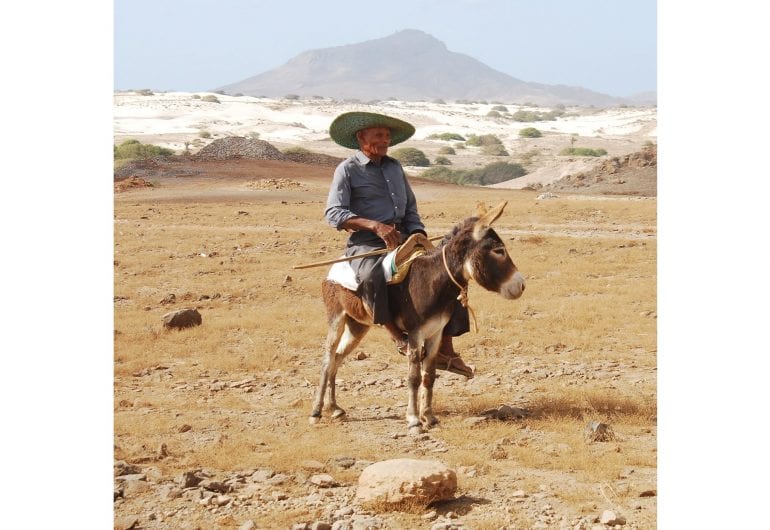 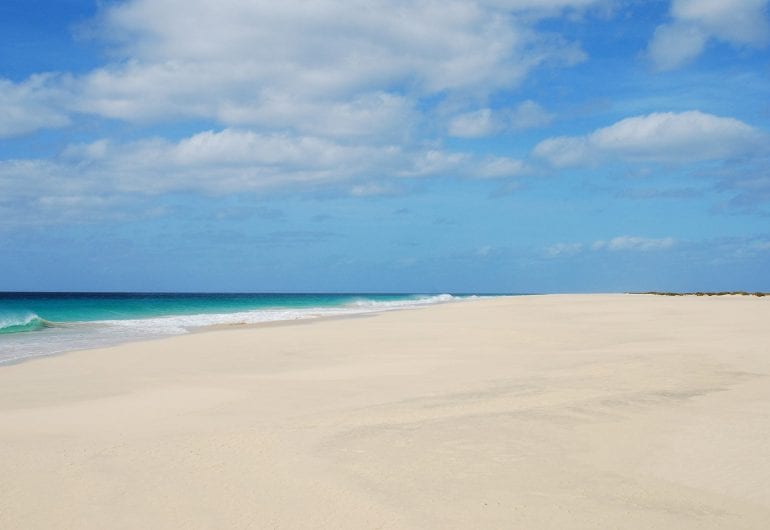 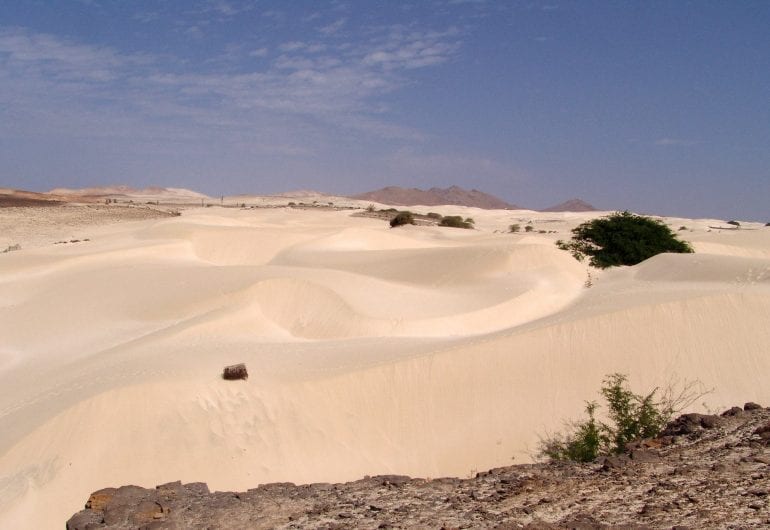 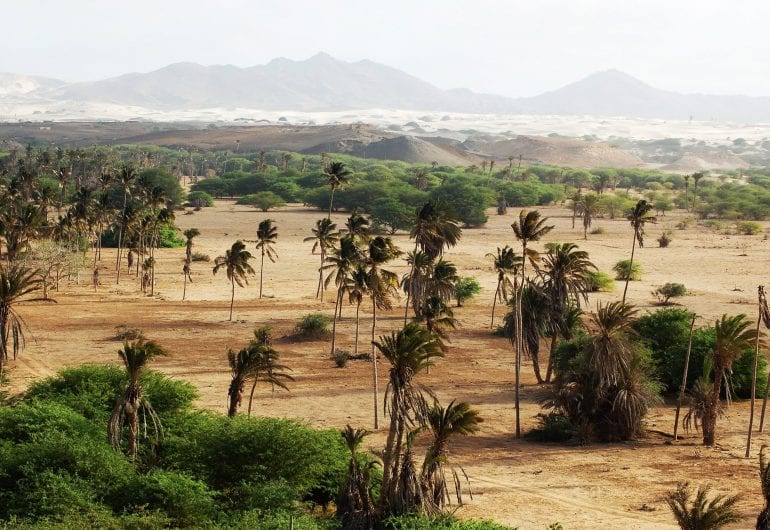 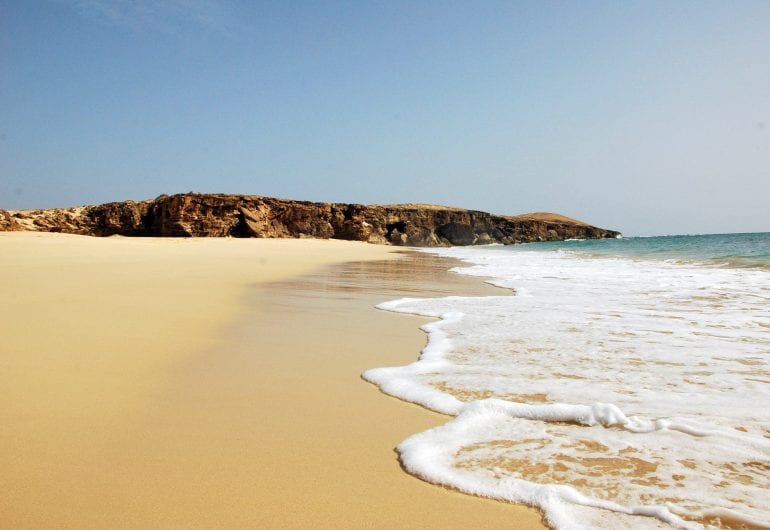 Similar to the islands of Sal and Maio, the climate and countryside of Boa Vista is also heavily marked by the dry, hot winds blowing from the Sahara.

The countryside, dominated by sand dunes, coconut plantations and date palms, is desert-like in the interior, whilst the white, sandy beaches that stretch for mile after mile make Boa Vista one of the islands with the highest tourist development potential.
Sal Rei is the capital of the island. The life of the inhabitants is very simple and evolves essentially around the harbor. Once an island enjoying intensive fishing activity.

The authors and the date of the discovery of the island of Boavista are involved in an unresolved issue. In fact, the fragility and contradictions of the documentation around the problem of the discovery of the eastern islands of the Cape Verde Archipelago, to which Boa Vista is integrated, have raised several opinions, most of the times diverging from each other. More specifically, as for the discoverers, the divergence of opinions revolves around Vicente Dias, Luís de Cadamosto, Diogo Gomes and António de Noli, and, with regard to dates, there are now 1445,1456 or 1460. In the case of Boavista, this fact gave rise to several hypotheses about its possible discoverers and the dates of their discovery. Having discussed all of them, we opted for the hypothesis by Luís de Cadamosto.

The first phase of settlement, we understand it as the occupation of Boa Vista with wild cattle and slaves to graze it. It begins in the late 15th century, precisely when in 1490 the Duke of Beja, D. Manuel, donates to Rodrigo Afonso, who was already a native of the northern half of Santiago, the wild cattle of the island of Boavista, to purposes of the economic exploitation of its products, as stated in the donation charter of May 31 of that year, confirmed by D. Manuel himself, being already king, in a donation letter of October 29, 1496.

Senna Barcellos informs that the island of Boavista was deserted at the time of donating wild cattle to Rodrigo Afonso, in 1490.

About the first houses on the island, Christiano da Senna Barcellos writes “it was in 1490 that the first huts were built in S. Christovam and the settlement with black warrants from Santiago began.”